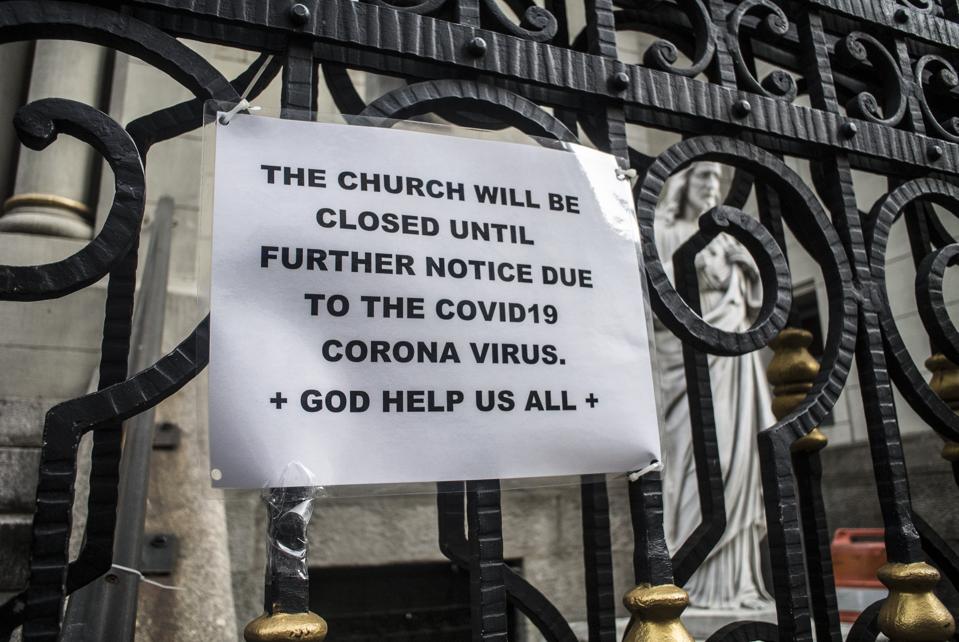 What is with tax attorneys throwing themselves into a religious liberty Covid-19 dispute where Holy Communion gets compared with pizza delivery? According to Nathan MacPherson it is the same sensitivity to liberty and the Constitution that informs the approach to tax practice that they picked up from their dad Donald “Mac”MacPherson

MacPherson Group attorneys, brothers Nathan and Bradley Scott Macpherson along with local counsel D. Colton Boyles filed the complaint in United States District Court in the case of Scott Herndon, Rev. Josh Jones and Rev. Michael Gulotta v Bradley Jay Little and Dave Jeppsen in their official capacities. Little and Jeppsen are respectively Idaho’s Governor and Director of its Department of Health and Welfare. Their problem is with the Governor’s April 15 Stay-Home order.

About The MacPherson Group

Donald “Mac” MacPherson is the most colorful tax attorney I have ever covered. His MacPherson Group consisting of himself and his sons Nathan and Scott focuses on criminal tax defense, civil tax litigation and collections and tax planning. The firm’s posture is summed up in its phone number 1-800-BEAT-IRS and its tag line “Defending and Securing the Blessings of Liberty since 1978”.

Mac styled himself the “Courtroom Commando”. I generally disapprove of tax professionals using military metaphors but Mac is West Point Class of 1967 and a Vietnam combat veteran, so he is entitled. When I interviewed him about being sanctioned for raising an argument deemed frivolous by the Tax Court, he remarked that sometimes when you walk point, you get shot in the knee.

Nathan grew up watching his dad practice. He remembers that as a ten year old he watched Mac arguing a case in the 9th Circuit. Nathan worked for a large German firm for several years before going into his dad’s combative tax practice.

The complaint is about Governor Little’s April 15 Stay-Home order which is Exhibit B (starting at Page 93) of the complaint. There was a pretty extensive list of essential services and businesses such as grocery stores, dry cleaners and firearm businesses, even accounting if necessary to comply with legally mandated activities.

Not included on the list were churches. Putting it rather dramatically we get in the complaint:

“In Idaho, it is lawful to have bread and wine delivered to your house, whether through a common carrier such as FedEx
, UPS, or the USPS, or through a delivery service such as DoorDash, Grubhub
, or Uber Eats. . However, if the person delivering the bread and wine happens to be a pastor, if instead of “here’s your food,” he says, “The Lord Jesus Christ, on the night He was betrayed, took bread…,” and if you and the pastor believe that he is, by doing so, administering to you the Sacrament of Holy Communion, then you have both violated the Stay-Home Order. That is a crime.”

Included in the complaint was an exchange between Reverend Jonathon Krenz, pastor of Augustana Lutheran Church in Moscow, Idaho and Moscow’s Police Chief James D. Fry Jr. The pastor had worked out a technique for administering the sacrament in the parking lot, similar to what has been going with takeout restaurants that would follow CDC guidelines. Ultimately the Chief indicated that Reverend Krenz’s reading of the order was correct:

“we were outright prohibited from observing the Mass on Sundays and other Feast Days as we normally would, or administering any of the Sacraments.”

Those of us of a secular bent sometimes forget that the very first sentence of the very First Amendment concerns religion:

“Congress shall make no law respecting an establishment of religion, or prohibiting the free exercise thereof;”

If we do pay attention we tend to lean on the establishment clause to complain about the government supporting religion. That was the focus in the long running fight about the exclusion of housing income of ministers from income tax, but that free exercise piece is what people of a religious bent will focus on.

By not declaring religious observation among the essential services, the complaint alleges a free exercise violation:

“…. people in Idaho may, according to the Stay-Home Order, park next to each other in the parking lots of various stores such as Albertson’s, Home Depot
, Lowe’
s, Super 1, and Walmart
, and they can follow each other up and down the aisles and queue up in check-out lines in those stores….

…… they may not park in a church parking lot and exit their vehicles and follow each other into a church and queue up to receive a religious sacrament; indeed, they may not even do so in a drive-through format while remaining in their cars.”

The complaint also alleges an Establishment Clause problem. This is where Nathan won my hear by throwing a little Latin my way. “Lex Orandi, Lex Dredendi” . Of course I don’t need to translate for you, but you have to consider the other readers. It means that the law of prayer is the law of belief. How you worship will dictate how you believe. The remark is credited to Prosper of Aquitaine a disciple of St. Augustine of Hippo.

So the Stay-Home order favors certain sorts of religious belief.

“The Stay-Home Order violates the Establishment Clause by prohibiting all live gatherings and explicitly promoting only online broadcast services, with no more than five people involved, thereby establishing the manner by which Christians and others will exercise their sincerely-held religious beliefs.”

How Is It Going?

Nathan indicated to me that subsequent iterations of the Stay-Home order have taken notice of the religious issues giving him some feedback that the case might be moot. His clients still want their day in court though.

I reached out to the Idaho Attorney General’s office, but was informed that they typically will not comment on pending litigation.

The Lutheran attitude on the sacraments sounds very similar to the Catholic practice I was raised with which included time as an altar boy, so I thought I would reach out to one of my high school classmates who continues to practice, since I really have trouble at a gut level seeing what the fuss is about.

“The impact for not having live church services is a bit greater for those Christian churches that believe in the true presence of Christ in the Eucharist. Orthodox, Roman Catholic, Traditional Lutheran and Anglican are the main denominations here.  Churches that view the Eucharist as symbolic or just gather for common prayer will be less affected.

As for the legal issues, I would say that the Idaho set of rules will be struck down. Two separate Federal Courts have struck down state rules that did not treat religious activities as essential services and then did not apply the same rules to churches at to other essential services. Most essential services base numbers on what is the capacity of a place to allow people to maintain safe distances.   So Kansas was struck down because they arbitrarily limited the number to 10. Today our parish had its first live services with the smaller church having a limit of 50 using alternating pews and placement of parishioners by ushers.

My diocese closed down the churches for eight weeks. One has to take into account that many who go to church are in vulnerable groups but that does not excuse the governors heavy handed tactics.

As a Second Amendment guy this crisis shows how willing folks are to trample on the Bill of Rights.”

As the coronavirus pandemic persists, here’s one encouraging sign for Chinese exports
The Best Real Estate Syndication Legal Structure | Royal Legal
Freelancer? Independent contractor? You’re eligible for this $1,000 grant from the government
How To Raise Private Money | AFTER The Yes!
Here’s how much you need to put in a 529 savings plan every month to send your kid to NYU debt-free