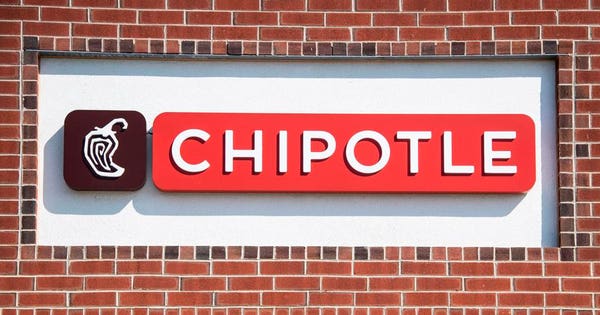 In bull markets, it makes sense to “buy and hold”. But, in turbulent times “buy and hold, until further notice” works better if you are over 50 and do not have time to recover from a crash. One reason Wayne Himelsein, one of my managers, does well in turbulent markets is because he constantly re-evaluates his holdings in light of market changes. Last week Wayne explained why he bought Estee Lauder in time for a quick impressive gain. This week he explains why he added Chipotle to his portfolio.

Ken Kam: It appears we’re off to a good start for the market in September, and with that, many of your picks making nice moves. In fact, last week’s pick, Estee Lauder, almost doubled the market’s move, very impressive.

Wayne Himelsein: Yes, I was very happy with the move on Estee Lauder, making a run of about 4.7% on the week versus the S&P 500 gaining about 2.5%. That said, I am not yet ready to take profits on that one, and want to see it continue. For every reason I chose Estee Lauder last week, I choose it again today.

My new pick for this week is Chipotle. But before I get into why I like Chipotle, I want to spend a bit more time on what I just mentioned about Estee Lauder, which is the idea of “choosing it again”.

Kam: I am eager to hear more about Chipotle and the things that strike you about it, but am also curious about what you have to share about this idea of continuous choice, please elaborate?

Himelsein: When we choose to buy a stock, on any given day, we don’t just make a choice and move on, we, in fact, re-choose it every single day thereafter. This is because we have the opposite choice of being able to sell it any minute of any hour of any day, especially given the liquidity of any S&P constituent. We are not only never stuck, but we are also always open to pivot.

Kam: It’s interesting to me that many people feel like once they buy a stock, they are somewhat tied to it, as if having purchased it creates some type of underlying obligation or relationship with the position.

Himelsein: In fact, that feeling is even given a formal name in the world of behavioral finance, dubbed “sunken bias”, alluding to the fact that we tend to be biased to what we have sunken our time, energy, and choices into.

Kam: I understand that establishing a bias to a position can be dangerous, but surely one has to give a stock time to perform and pan out in respect of the analysis one has done?

Himelsein: That’s a very true point. While I had a nice run with Estee Lauder last week, it was also very possible that it underperformed the market last week, and the next, and then started picking up pace in two to three weeks from now to overtake the market with aggression at that point. I completely agree that given the analysis we do on stocks, we can never know exactly when it makes the move we anticipated. Picking direction and outperformance potential is hard enough but within a specific timeframe, near impossible.

At the same time, while we are waiting for our choice to do its thing, we have to be vigilant about not being sucked into the choice we made. We have to assess it constantly to re-evaluate whether our choice was sound. This is one of the hardest psychological aspects of investing, and by no means am I suggesting its clear cut. However, the mere awareness of this issue, I believe, makes it something that we will pay more attention to.

The idea is that instead of “buy and hold” as our mindset going in, perhaps “buy and hold, until further notice” might be a better framing. In other words, we should purchase stocks with a bit more open-mindedness to change rather than being heavy on the commitment side.

Kam: That makes more sense. You are not suggesting we get ready to ditch our pick at the first moment of doubt, merely that we do not feel as committed as we might be given a more material indication of something has changed. I agree. Can you now share your thoughts on Chipotle?

Himelsein: Yes, certainly. More so, this is one where the “change” is actually the other way around. I was disinterested in Chipotle for quite some time, in fact, for about the last four years. But as I was not committed to disliking it, I was equally just as ready to get excited about it, which is what just happened.

The four years I referred to all began with its peak in August of 2015, after which it began a heavy fall, spending the next three years in an unrelenting decline. It eventually found its lows around February of 2018, which interestingly happened to coincide perfectly with the last big lows it had seen in a previous long decline that ended in October of 2012. It was familiar with that stopping point.

Kam: That is very interesting to show the other side of your point about choice. As much as you would pivot on a stock you liked and chose, you would similarly do so on one you thoughtfully choice against in the past. As you said “until further notice,” and now you have noticed something about Chipotle! What else have you noticed?

Himelsein: Exactly right. With Chipotle, the familiar stopping point of its fall in February of 2018 (which of course aligned with the February of 2018 market shake-up), was the ultimate end of its downfall and when the beginning of its attempt at recovery. More so, soon very into its attempt, it revealed signs of regaining health. While it was far from its old levels and deep inside its trench of a drawdown, its recovery was forceful.

Until the market stopped it in its tracks. By late August of 2018, it had already gained a full 100% off its February lows. This was a stellar move. And the big question at that point was what it would do next. No matter what, it could not be itself, for the Q4 correction of the broader market was too great a force against it.

That said, as much as it was taken down with market, it did not drop anywhere near its prior bottom, but in fact settled much sooner, and at a particularly noticeable level, which were the long term lows it had touched through much of 2016, and in early 2017 before its next big drop came. Big picture, it found a new “higher” low in very familiar territory.

Kam: So what happened after this important touchpoint to “familiar territory” that brings you into Chipotle today?

Himelsein: After touching that familiar low, which aligned in time with the S&P’s bottom in December of 2018, Chipotle surged. It exploded on the upside so much faster and more extreme than the S&P, demonstrating that the energy it was building, and the level it had achieved in August of 2018, was paused only by the broader market’s downward pressure. It needs to get back and get going had not paused.

To that end, early in 2019, it just kept vigorously climbing, reaching all the way to its far older all-time high (from August of 2015) by June of 2019. And after just a few weeks of hanging out at that level, and some mild consolidation, it powered through to new all-time highs by July of 2018. This event was a full four years in the waiting.

And since the moment it broke through, it’s been cruising upward, smooth and steady. Chipotle is a new world now, having fully recovered its hefty downturn several years ago in a healthy and powerful way, screaming to the world that all the old concerns are resolved and its now poised to take us to new heights.

My Take: Wayne has an 18+ year track record delivering nearly twice S&P 500’s return over that period. Few managers have outperformed the market for as long and by as wide a margin.

Click here to learn more about Wayne, the stocks he has been buying recently, and sign up to be notified when he updates his views.

Walmart earnings miss as holiday season disappoints, outlook falls short of estimates
How To Be Successful In JAMAICA , I Will NEVER!!!!! Invest In Land
Southeast Asia’s largest bank warns virus outbreak could hit its revenue this year
Why you find it hard to cancel that subscription
Goldman Sachs is lining up Prince Harry for its online interview series