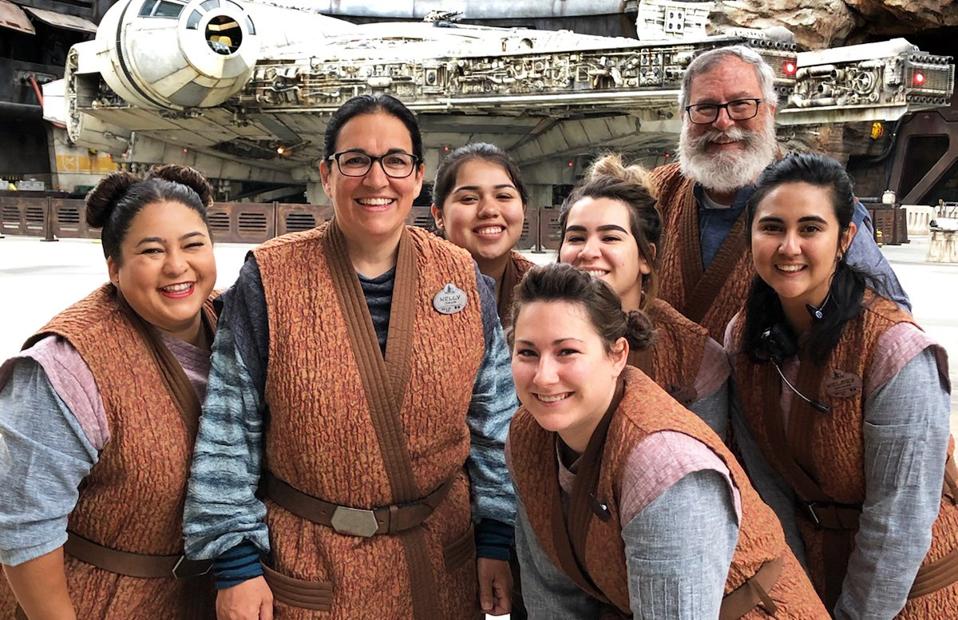 While the pandemic has put in-person mentoring on indefinite hold, a growing number of older adults are finding virtual ways to make and broaden meaningful intergenerational connections. Here are five of their stories:

Grandpas United, a grassroots mentoring organization, has been bringing older men into the lives of young people in White Plains, N.Y. since 2018, through talent shows, sports nights, reading with elementary school students and more. Lately, many of its members — such as Ervan Caesar, 73 — have been connecting virtually with teens sentenced by the White Plains Youth Court.

“These are teenage kids that have gotten themselves in a little bit of trouble,” explains Caesar. “We aren’t trying to be their parent or tell them what to do. We’re listening and having an equal conversation.”

For the teenagers, being connected to mentors helps fulfill a community service requirement.

“In the past month, I’ve answered a hundred and fifty questions that have been read more than thirty thousand times. That’s pretty incredible.”

During a recent Grandpas United session on Zoom, Caesar learned he had a lot in common with the young man he’d be mentoring.

“He goes to the same high school that I graduated from. And he’s very heavily into instruments, and I related because I used to play the slide trombone,” Caesar says. “We got to talking and forty-five minutes were gone just like that.”

When reflecting on what the experience has meant to him, Caesar says: “I’ve learned to listen and not judge.”

John Laflamme: Finding Creative Ways to Connect With His ‘Little’

The key to maintaining a virtual connection for John Laflamme, 69, a volunteer “Big” with Big Brothers Big Sisters of Tampa Bay, has been staying open to experimentation. For the past eight weeks, he and his 8-year old “Little” have had weekly chats using the phone and tablet of the boy’s grandmother.

“I know he loves dinosaurs and big cats, so the first week I prepared a little quiz with an animal name for each letter of the alphabet,” Laflamme says.

“Aquaman is his favorite superhero, so I did a little research on superheroes and created a game about that. We’ve done some Pictionary stuff, I’ve shown him some pictures of a hike I did on the Appalachian Trail and we had fun with an experiment his grandmother prepared, putting blue food dye in different liquids to see what happened.”

Before the pandemic, the two used to meet during lunchtime at the boy’s school. Laflamme misses that time, sitting together at the picnic tables and talking, then throwing a tennis ball or Frisbee back and forth.

Laflamme describes his “Little”’s personality fondly, saying: “He has a fantastic imagination, he’s very bright and I’m sure he’s going to excel at whatever he does.”

Keeping up the relationship virtually, Laflamme says, has been both a joy and a challenge. “He’s very active and easily distracted, so it’s forcing me to be creative and find new ways to hold his attention,” Laflamme notes.

Merry Vediner, 67, and her husband, Mike, raised five children in a log cabin in Alaska. And, over the years, they fostered more than 70 at-risk teenage boys.

“I just felt like, if I could hold them still and give them a chance to experience feeling safe, that maybe they could catch up,” she says. “I will forever have so much respect for those young boys and what they went through.”

These days, Vediner is a volunteer with Grandmas2Go, a nonprofit based in southern Oregon that trains older women as “grandmas” who mentor and nurture families in need of child care and more intergenerational support.

Vediner and her husband currently support two families virtually through Grandmas2Go. That includes Skyping with the older kids to give the parents a break and, of course, listening and providing emotional support.

“Talking them through whatever parenting struggles they’re having almost always means we’re going to laugh at it, feel a little rejuvenated from that humor, and then go back in,” she says. “I can’t fix it. I can’t change it. But we can talk about it until we get to laughing.”

When John Frick, 64, retired from a 30-year career as the creative director for Pacific Life Insurance, he decided to work part-time as a restaurant host at Disneyland. But in mid-March, the pandemic closed the park and Frick was furloughed.

Not one to stay idle, he reached out to the folks at VoluntEARS, Disney’s volunteer program, to see what sorts of things he could do virtually.

Disney recommended CareerVillage.org, a global nonprofit that makes it easy for high school students to ask professionals questions about careers. So, Frick created a profile. Now he receives email notifications when a question matches his skills and experience.

He also enjoys visiting the CareerVillage homepage to see if other questions are being asked that he feels qualified to answer.

“In the past month, I’ve answered a hundred and fifty questions that have been read more than thirty thousand times,” Frick says. “That’s pretty incredible.”

Having the opportunity to give back to another generation has been a bright spot for him during the pandemic. “What’s it all about, unless I can pass my experience on?”

Before the coronavirus pandemic, Maureen Mansfield, 62, showed up weekly to volunteer with Brilliant Detroit, an afterschool nonprofit helping children under 8 develop literacy skills.

“It was a place full of love,” she recalls. “And it wasn’t just about the lessons. We would talk about things that bothered them, things that happened during their days and build relationships with the children. It was something I looked forward to every week.”

Mansfield was matched with a unicorn-loving girl in the second grade. “She’s very excited every time I see her and really seems to enjoy spending this time together,” says Mansfield.

“I’m trying to keep the same warmth going virtually,” Mansfield says, “to take a few minutes to chat and see how this virus is affecting her and her family. I think that’s important — that there’s a trusted adult besides her parents she can talk to.”

How to handle your Medicare coverage if you move to another state
Trump wears coronavirus mask publicly for first time during visit to Walter Reed military hospital
Social Security’s trust funds at a greater risk for running dry amid pandemic. What that means for your retirement
Mortgage Rates Reach Record Lows – Is Now The Right Time To Buy A House?
Barbados is planning to let people stay and work remotely for a year