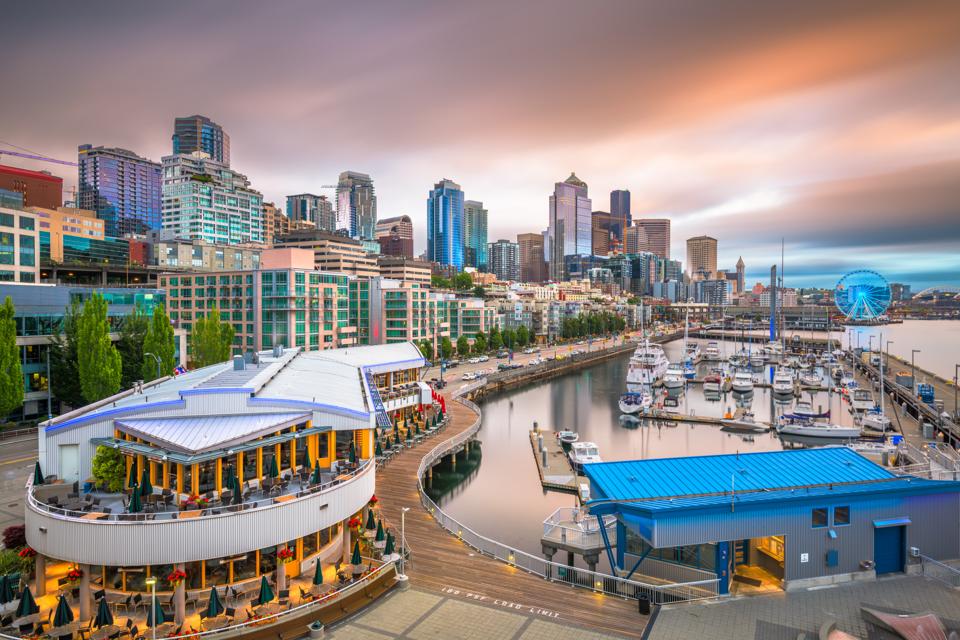 Forbes‘ 21st annual ranking of the Best Places for Business and Careers gauges the business climates of the 200 largest metropolitan statistical areas and divisions in the country. These range in size from the New York City metro division, home to over 14 million people, to the Hagerstown, Maryland MSA, with 268,000 residents (we also rate the 203 metros with smaller populations). Seattle claims the number one spot for the second year in a row thanks to a booming economy and a heavy concentration of highly-educated Millennials.

We measure areas based on 14 metrics relating to job growth (1-year, 5-year and projected 3-year); costs (business and living); income growth over the past five years; educational attainment (college and high school); and projected economic growth through 2021. We factor in net migration patterns over the past five years, as well as cultural and recreational opportunities. We also included the number of highly ranked colleges in an area per our annual college rankings. Moody’s Cost of Doing Business Index tracks the costs of labor, energy, taxes and office rents.

Read: The Best Places For Business And Careers 2019

Another metric is the volume and concentration of highly-educated Millennials based on a profile developed by Cushman & Wakefield Strategic Consulting using the Experian MosiacUSA database. Austin, Texas ranks highest for top young talent, while Youngstown, Ohio is the worst.

Finally, we factored in laws that protect people from employment discrimination based on sexual and/or gender identity. The state ratings come from the Movement Advancement Project, which identified 18 states that offer strong protection for LGBT people and four states that are hostile towards them. We give the most weighting to business costs and educational attainment in the overall ranking.

A big thank you to Moody’s Analytics, which provided much of the data, including the economic forecasts. Bert Sperling, the founder of Sperling’s BestPlaces, put together a culture and leisure index for Forbes. Educational attainment data is pulled from the Census Bureau.

Raleigh, N.C. rates the best for job growth rates through 2021, while Youngstown fares the worst. Hickory, N.C. has the lowest business costs at 25% below the U.S. average, per Moody’s Analytics. The San Francisco metro is the most expensive for business at 74% above the national average. Merced, Calif. rates the lowest on educational attainment with 13.4% of adults holding bachelor’s degrees. Boulder, Colorado is tops with 63% holding a degree.

Boise, Idaho is projected to have the best real economic growth over the next three years at 4.8% annually. Moody’s Analytics forecast for Youngstown is the worst.

IBM rises as much as 5% on strong earnings report
4 restaurant chains that are opening spinoffs for faster dining
Real Estate Investing Made Simple
The Yield Curve And Break-Even Inflation
Royal coin ‘hidden for decades’ sells for $1.3 million to mystery collector