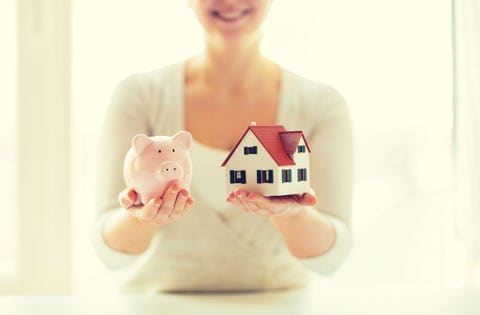 “Though political uncertainty couldn’t be much greater, most of the negative impact has been absorbed by low supply and strong economic fundamentals.”

Few were expecting too many surprises in Halifax’s latest monthly house price index report, and the September headline numbers certainly delivered none.

Whilst house prices in last month were 1.1% up year on year, they fell by 0.4% on August figures. The quarterly figures show prices rise on average by 0.4% in July to September in comparison with April to June.

However, dig a little deeper, and it’s not all doom and gloom. The broader picture from Halifax and from other data sources is one of a market holding firm, with surprising levels of activity.

In terms of transaction volumes, for example, the market is actually performing relatively well. August 2019 saw the highest number of UK home sales in a month since the end of 2018.

Prices are ticking along too. The average price of a UK home remains at the top end of where it’s been in recent years. £232,574 is marginally down on last month’s number, but still towards the top end of recent figures.

The market seems to have found some stability of its own, even at a point where other financial indicators – such as the value of the pound – have experienced far greater fluctuations.

That prices are at least stable is certainly something to be upbeat about – especially when you consider just how politically turbulent the last few months have been.

The irreconcilable ideological splits between the government and that of opponents in Parliament continue to cause chaos, and the likelihood now, at least according to the bookmakers, is a further delay.

As Halifax’s managing director, Russell Galley, concedes, “economic uncertainty persists”. It’s been the story of the last three years, and yet the property market has remained relatively unphased.

Though political uncertainty couldn’t be much greater, most of the negative impact has been absorbed by low supply and strong economic fundamentals: real wages are growing at their fastest rate this decade, and unemployment is at its lowest rate in 45 years. There’s a sense that, encouraged by the wider economic stability of the U.K., people are just getting on with things as best they can, and they’re fed up of waiting.

Experian, for one, reports a 9.8% rise in mortgage applications in August 2019, according to its own data. There’s a feeling that left to its own devices, and even in the political turmoil which it finds itself, the housing market would be in a pretty robust state.

U.K. property may not be impervious to the elements, and the shadow of external forces persists, but all things considered, the market is doing rather well. As MoneyWeek argues, nowhere is booming and nowhere is crashing. Considering where politics is right now, that’s not a bad place to be.

Here are the key tax issues you need to know if you will be working remotely permanently
In Lockdown Era, Kitchens Grow In Import, Spur Interest In Imports
Two Strong Signals That A Nursing Home Is Likely To Have Covid-19: Its Location And The Race Of Its Residents
Kylie Jenner’s former Calabasas, California home is on the market for $3.6 million – take a look inside
SpaceX launches two NASA astronauts to space for the first time in historic US mission