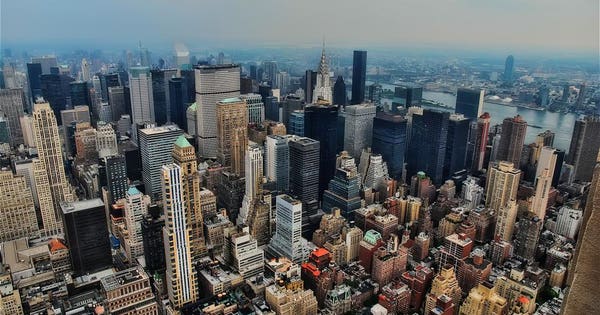 Yesterday’s news that the U.S. Department of Housing and Urban Development is suing Facebook for violating the Fair Housing Act was not been a surprise to most who work in the housing industry. It has been a hot topic of discussion for years how the ad tool within Facebook had allows advertiser to target specific audiences down to race and zip code (which correlates strongly with economic status). These are flagrant ways to violate the Fair Housing Act, but there are also facets to the law that catch many by surprise. A 2016 example shows how a landlord lost in court for refusing to rent to a single mother with a young daughter because the landlord thought the neighborhood wasn’t a safe place for them both to live. The landlord thought they were acting in the applicant’s best interest, but Fair Housing law defines this, and many other examples, as discrimination.

The seven protected classes under the Fair Housing Act are:

This would all appear to make sense of the surface, but a number of lawsuits since the act was passed in 1968 have brought some unexpected nuances to the legislation. Here’s some of the common areas of misunderstanding:

The core principle of The Fair Housing Act is that no one can be discriminated against based on their demographic. Race, religion, gender—those are some of the obvious categories. But since being part of a family is considered a demographic it is against the law to have a listing description say something seemingly as innocent as ‘great for families’. I’ve even heard agents say they aren’t comfortable saying ‘great starter home’ because it could get them in trouble with their MLS compliance department. You still see ‘starter home’ from time to time in listings, but nowhere near as often as those types of homes are listed.

Agents are also not allowed to answer questions about the racial make-up of the neighborhood or even how good the schools are. They can point clients in the direction of websites such as the U.S. Census, GreatSchools.org or ones that measure crime statistics and use available data to paint a picture of what’s happening on the ground, but agents themselves are not allowed to answer specific questions about anything along those lines.

There are a few methods agents have for getting around this. When you see a listing blurb that talks about a ‘playground within walking distance’ or ‘large backyard’ then you know the home is being marketed as one for families. Agents have also shared the tip of driving clients to visit a listing by taking the long way around to get to the house, particularly if it takes them past the local church or synagogue so they don’t have to answer questions about religious demographics.

In the example above the Fair Housing Act covers more than most people realize, but there are other situations where it covers less territory than many would expect. Note how in the above list there isn’t a mention of LGBT populations as protected status. According to the Movement Advancement Project, there are 21 states and D.C. that have their own laws on the books prohibiting housing discrimination against sexual orientation and gender identity. One state (Wisconsin) has a law prohibiting housing discrimination against sexual orientation only. A further two states have laws that interpret the existing laws on sex discrimination to include sexual orientation or gender identity. But there are 26 remaining states that don’t have any laws on the subject. Real estate agents who are members of the National Association of REALTORS© are required to uphold an ethics pledge which includes agreeing not to discriminate against LGBT people.

There are a few exceptions to the rules. Most notably if someone is selling a single family home privately, without the use of a broker (often in cases of selling to family or friends), they don’t have to adhere to the Fair Housing Act. This is only applicable to someone who doesn’t own more than three single family homes at one time (to prevent developers from skirting FHA rules). Also, if a landlord is in an owner-occupied building with four or fewer units or if a housing organization owns a property and limits residency to its members the FHA doesn’t have to apply.

Despite the law being in existence for over fifty years, housing discrimination is still prevalent. According to a 2018 report from the National Fair Housing Alliance, there were 28,843 complaints of housing discrimination in 2017, the most recent year for which data are available. The majority of the complaints were based on disability (57%). Race and family status made up 19% and 9%, respectively. These are just reported cases so we can assume the problem is far more expansive than what these numbers show. According to a report in the New York Times, Facebook controls roughly 20 percent of online advertising so the potential for damage is huge. Facebook’s response, again from the same New York Times article:

“We’re surprised by HUD’s decision, as we’ve been working with them to address their concerns and have taken significant steps to prevent” ad discrimination, the company said in a statement. It added that it had been negotiating with the housing agency over the issue, but that the talks had broken down because federal officials were seeking access to too much user information “without adequate safeguards.”

HUD is also investigating other major online platforms that host advertising for potential violations of FHA, such as Twitter and Google. No lawsuits against those entities have been filed as yet.

Why you find it hard to cancel that subscription
Secure & Generous Cashflow from Real Estate Investing in Retirement Accounts
How to Project Your Passive Investment Income
Trump administration may stop exporting engines co-manufactured by GE to China, WSJ says
Here are the winners and losers of the Trump tax cuts